In the race against the climate crisis, we can’t leave anyone behind.
On 19 August 2003, a bomb attack on the Canal Hotel in Baghdad, Iraq, killed 22 humanitarian aid workers, including the UN Special Representative of the Secretary-General for Iraq, Sergio Vieira de Mello. Five years later, the General Assembly adopted a resolution designating 19 August as World Humanitarian Day.
Each year, World Humanitarian Day focuses on a theme, bringing together partners from across the humanitarian system to advocate for the survival, well-being and dignity of people affected by crises, and for the safety and security of aid workers.
This year, we highlight the immediate human cost of the climate crisis by pressuring world leaders to take meaningful climate action for the world’s most vulnerable people.
We at Agastya International School Rohtak stand in solidarity with the world in promotion of world peace and culture.
#WorldHumanitarianDay #WorldHumanitarianDay2021
#HumanitarianDay #agastyaschoolrohtak #bestprimaryschoolrohtak 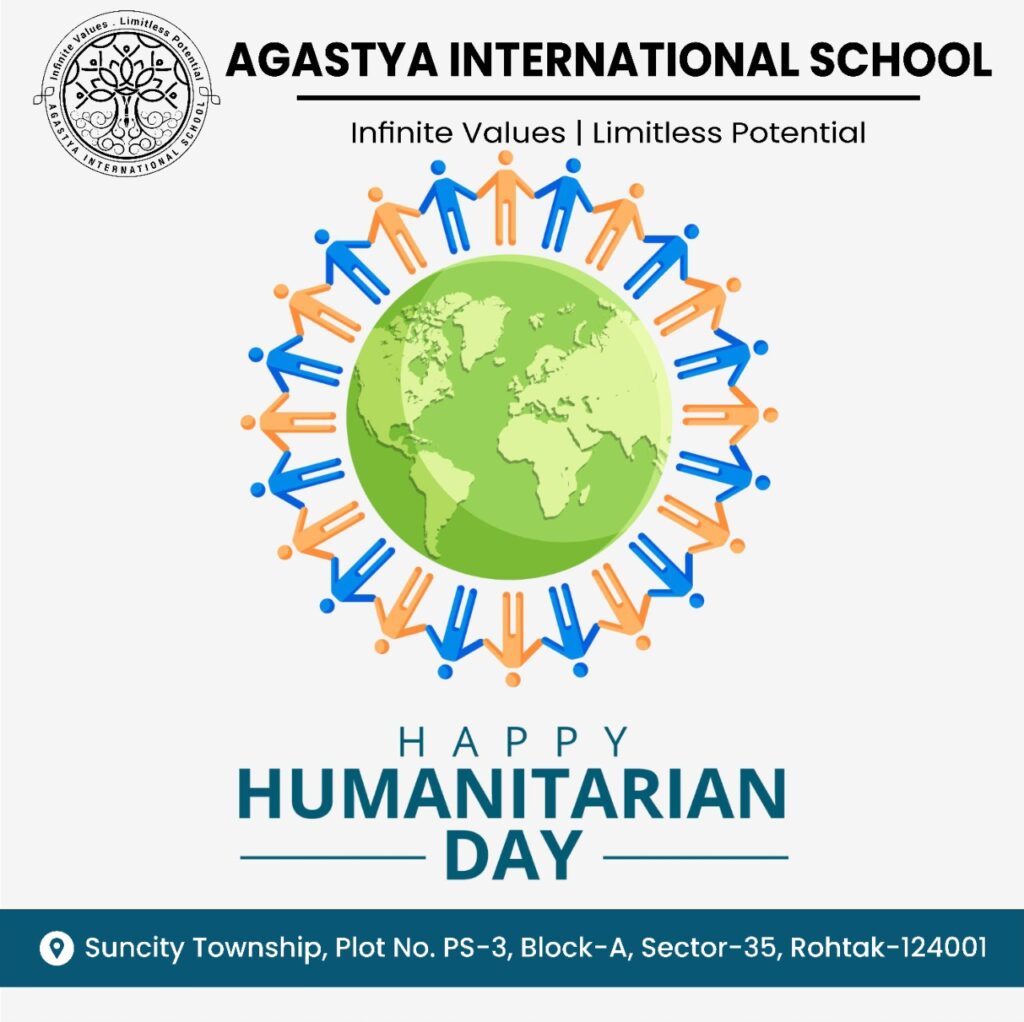