Muharram is the month of remembrance and it is considered to be the second most important and holy month of the year after Ramzan. In the Islamic calendar, beginning of month depends upon when the first crescent of the new moon is sighted.
Shia Muslims mourn the tragedy of Husain Ibn Ali’s family. Iman Hussain Ibn Ali, the grandson of Prophet Muhammad was martyred by the forces of Ubayd Allah ibn Ziyad and to commemorate this event Muharram observances are carried out.
Shia Muslims express the emotions of grief with the thumping of the chest called maatam. Morning of Muharram is primarily observed by Shia and Sufism and others.
The Agastya Community, being a devout follower of the tenet of Secular India recognises the day of Muharram.
#HappyMuharram #happymuharram1443 #muharram2021 #muharrammubarak #agastyaschoolrohtak #BestCBSESchool 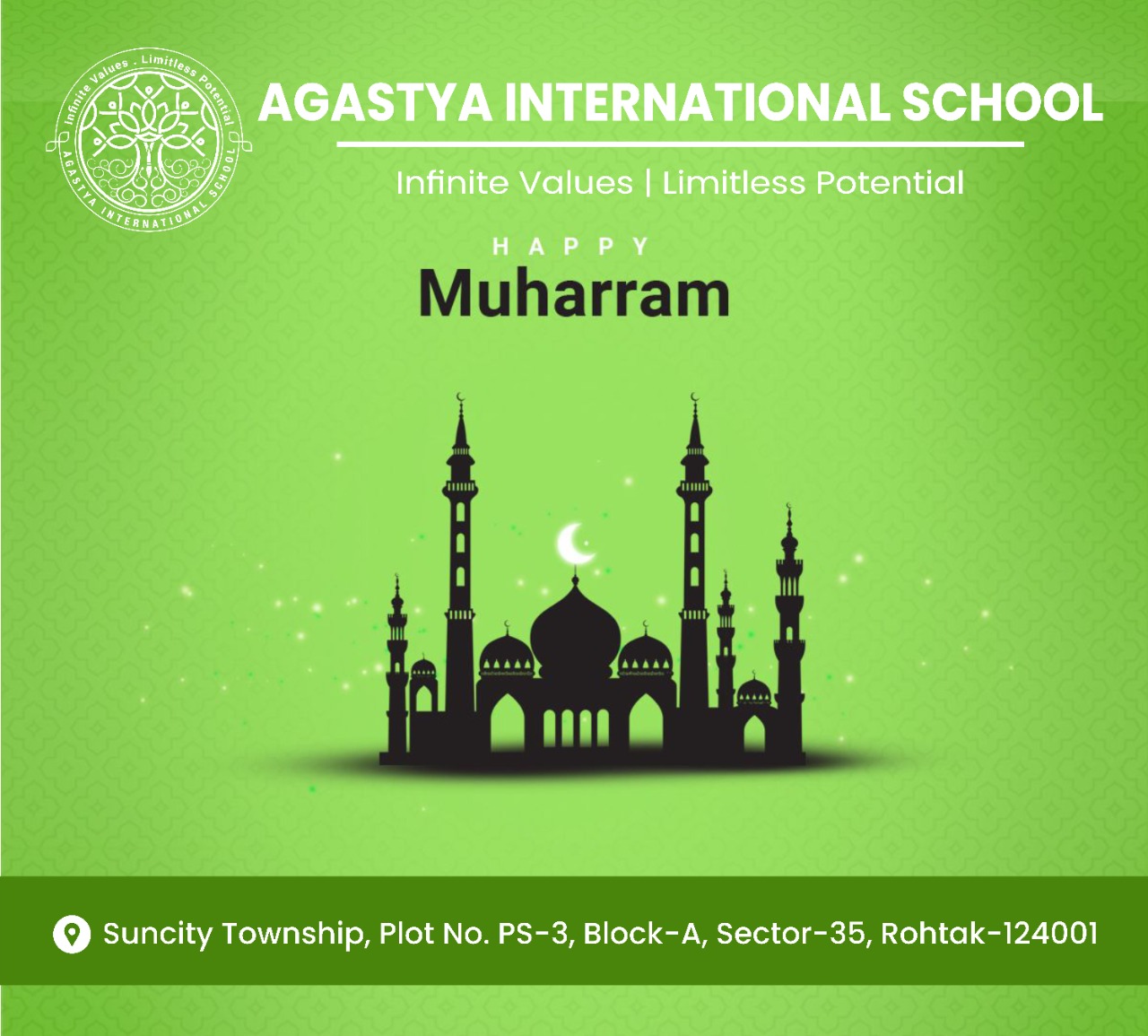