23 September is proclaimed by the UN Assembly as the International Day of Sign Languages in order to raise awareness of the importance of sign language in the full realization of the human rights of people who are deaf. The choice of 23 September is the same date that the World Federation of the Deaf was established in 1951.
Sign languages like any other languages are fully fledged natural languages and structurally different from spoken languages. Sign languages use hands and are understood with the eyes.
On this day let’s raise the awareness about the importance of language and make this world a beautiful place to live in for deaf people.
#signlanguage #SignLanguageDay #InternationalDayofSignLanguages #SignLanguageFamous #SignLanguageForAll #agastyaschoolrohtak #bestschoolinrohtak 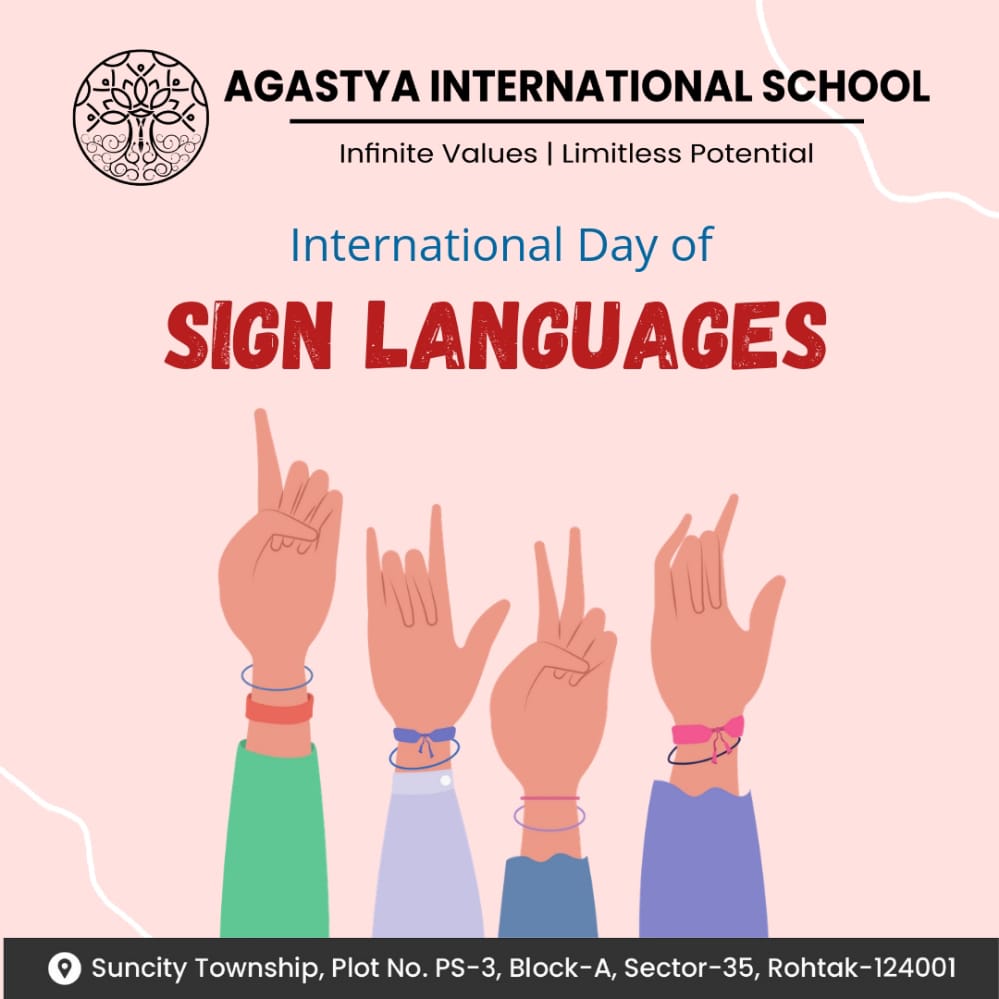