To mark the birth anniversary of one of the greatest soul of India, commonly known as the Father of the Nation, 2nd October is celebrated as Gandhi Jayanti.
More popularly known as Bapu, he led India’s freedom movement. Along with many other national leaders, he fought against British Rule through his beliefs in Swadeshi and Ahimsa( non-violence). His preaching of Non -violence in fighting against the Britishers is what differentiates him from other freedom fighters.
To honor his contribution to the nation, 2nd October is declared as a national holiday in India and this day is celebrated as International Day of-Non-Violence by the UN.
Team Agastya salutes the greatest leader and urges everyone to follow his preachings and teachings in daily life.
#GandhiJayanti #fatherofthenation #MahatmaGandhi #gandhijayantievent #Gandhi #nonviolenceday #freedomfighter #Freedom #agastyaschoolrohtak #bestschoolinrohtak 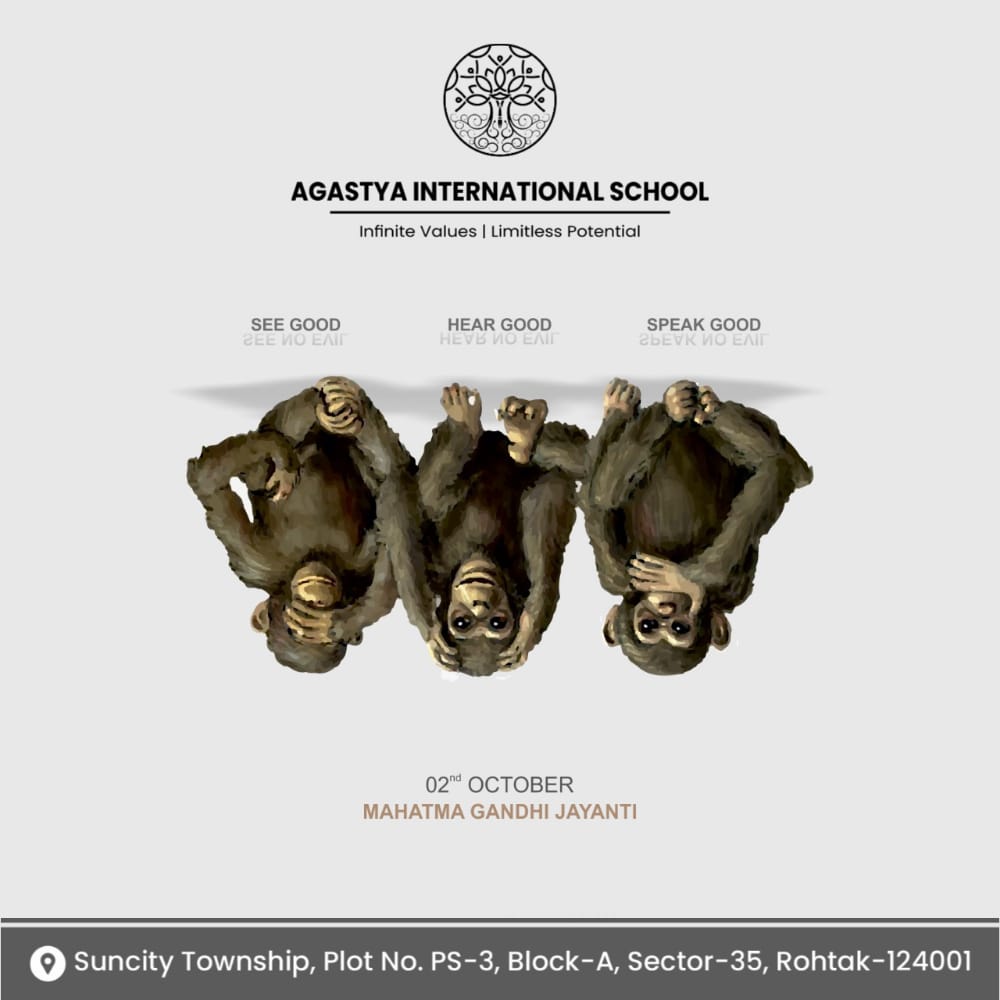