Akshaya Tritiya is also known as Akshaya Trutiya or Akha Teej. It is a Hindu festival which falls on the Lunar day of Shukla Paksha of the Indian month of Vaisakha. The festival is considered to be one of the most auspicious day for Hindus. Akshaya Tritiya is a Sanskrit word, where ‘Akshaya’ stands for ‘eternal, the never diminishing sense of happiness, success and joy’ and ‘Tritiya’ stands for ‘third’.

On this day, most people purchase Gold — it is believed that buying Gold on Akshaya Tritiya brings prosperity and more wealth in the coming future.

Wishing all a prosperous and abundant 2021 from Agastya Family. 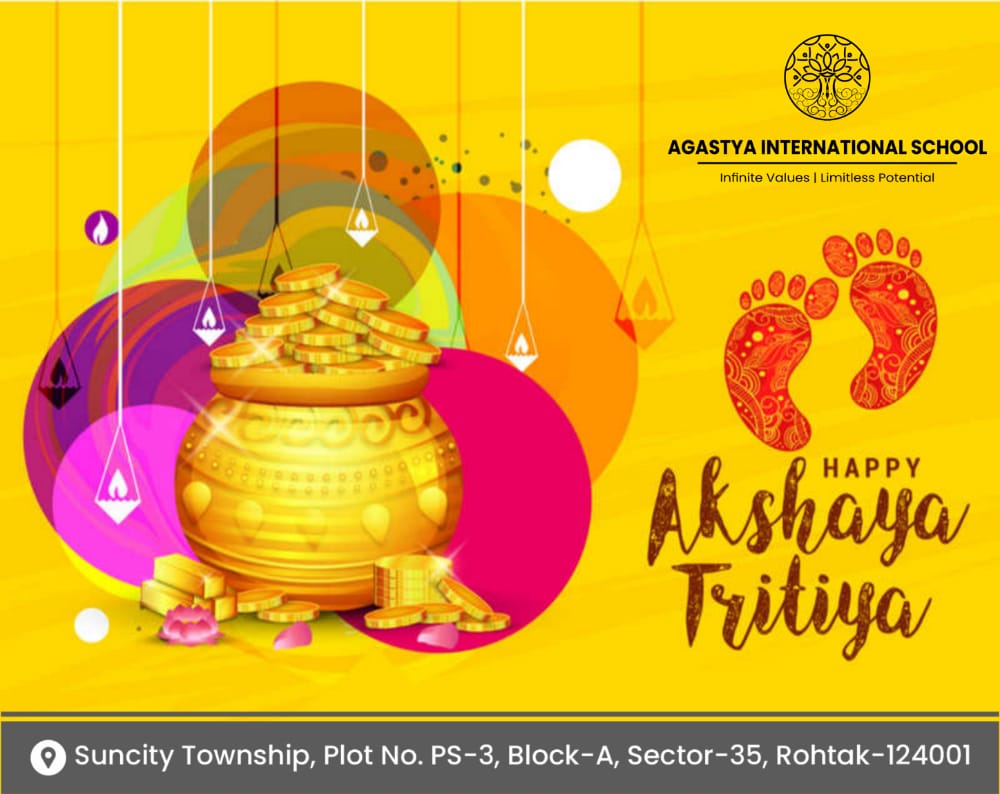